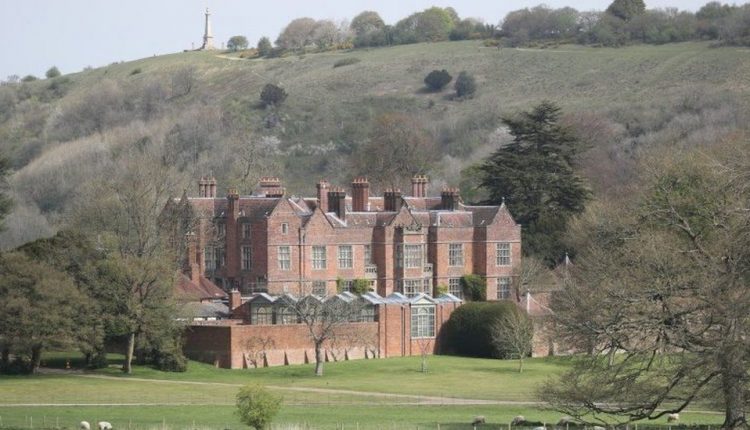 Lifting all coronavirus restrictions is “reckless”, Sir Keir Starmer has said, as most legal limits on social contact are eased in England.

He argued that the legal requirement to wear a mask in enclosed public places shouldn’t be removed.

On Sunday, the PM said now was the “right moment” to remove rules aimed at slowing the spread of coronavirus.

However, Boris Johnson urged caution, adding: “We’ve got to remember that this virus is sadly still out there – cases are rising, we can see the extreme contagiousness of the Delta variant.”

From midnight on Monday the government allowed nightclubs to reopen and lifted limits on social contact.

Sir Keir argued that the prime minister’s “chaotic” leadership style is “dangerous” and has “deadly consequences for the country”.

He said because of Mr Johnson’s leadership and mistakes during the pandemic “people have died, more will do so.”

In addition to maintaining face masks, the Labour leader said guidance advising people to work from home where they can should remain in place and that buildings needed better ventilation.

The legal requirement to wear a mask has ended, but the government says it “expects and recommends” the continued wearing of face coverings in crowded areas such as public transport

“You would have thought given the amount of money spent refurbishing Downing Street he would have been happy staying there.”

Confusion was the word on almost everybody’s lips in the first rush hour commute since rule changes were introduced.

Around three quarters of people were wearing masks but although face coverings are mandatory on TfL services, they’re not on Thameslink trains which serve the station.

As passengers make the short journey across the platform, the advice changes meaning they can either remove or apply their face coverings depending on which direction they are travelling.

Christopher McCready, who lives in Scotland but works in London, said he would continue wearing a mask despite having contracted the virus a month ago but, like many, he called for greater clarity.

“The whole island should be under the same rules,” he said.

UK-wide guidance recommending against travel to amber list countries is also being removed.

Adults who have been fully vaccinated in the UK will not have to self-isolate for 10 days after visiting these countries – with the exception of those returning from France to England, Scotland or Wales, because of concerns over the spread of the Beta variant of the virus.

In Scotland, limits on social contact will remain in place and face coverings will still be mandatory, however some restrictions have been eased and pubs will be able to open until midnight.

Restrictions are set to be relaxed in Wales on 7 August and in Northern Ireland on 26 July.

Across the country, coronavirus cases continue to rise with 48,161 cases reported on Sunday and more than 50,000 on Saturday.

Some scientists have predicted that UK infections could hit 200,000 a day later in the summer.

However, modelling suggests hospital admissions, serious illness and deaths from Covid-19 will be at a lower level than in previous peaks, due to more than 68% of UK adults being fully vaccinated,

Vaccines Minister Nadhim Zahawi said he had received the recommendation from the Joint Committee on Vaccination and Immunisation about vaccinating children aged 12 to 17 and would make a statement to the House of Commons on Monday afternoon.

The committee has recommended giving the vaccine to children with conditions that make them vulnerable to Covid, children who live with someone vulnerable and those who are close to turning 18, he added.

Sir Keir also used his speech to attack the prime minister for his initial decision to avoid self isolating by taking part in a pilot scheme, which would allow him to continue to go to work while taking daily tests.

Mr Johnson and his Chancellor Rishi Sunak were contacted by NHS Test and Trace after Health Secretary Sajid Javid tested positive for Covid on Saturday.

The two men had been in a meeting with Mr Javid on Friday.

Downing Street initially said Mr Johnson and Mr Sunak would not have to isolate because they were taking part in the pilot, but this plan was quickly dropped, following criticism from the opposition that it represented “one rule for them and another for the rest of us”.

Sir Keir accused the prime minister and chancellor of having “played the system”.

He said the prime minister had “talked about considering” taking part in the pilot scheme “then very quickly realised the right thing to do self-isolate because it sends a very powerful message to everyone.”

Sir Keir also questioned why the prime minister was isolating in Chequers – his country retreat – rather than Downing Street.

“You would have thought given the amount of money spent refurbishing Downing Street he would have been happy staying there,” he said.

No 10 has said the prime minister travelled to Chequers immediately after his meeting with Mr Javid and had been there when he was contacted by NHS Test and Trace.

The rise in infections has led to concern about the number of people being asked to isolate, with some businesses forced to shut some of their sites due to a lack of staff.

The government has said some fully vaccinated frontline NHS staff in England will be allowed to continue working if contacted by NHS Test and Trace.

However, the prime minister’s spokesman has ruled out modifying the NHS Covid app to ensure it sends fewer isolation alerts.