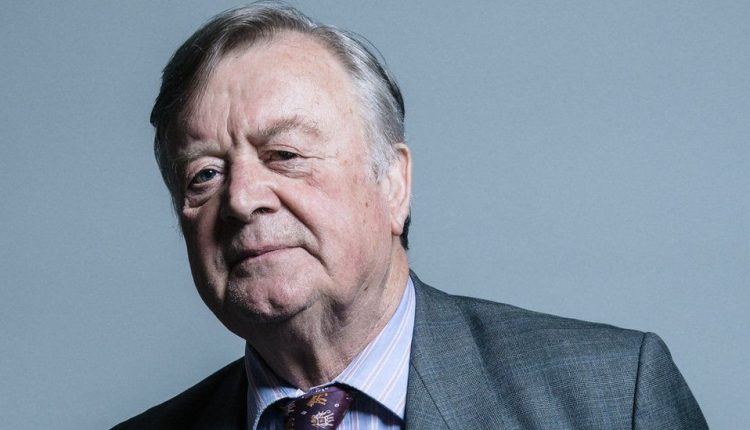 Lord Clarke has told an inquiry he was “not responsible” for blood products during his time as health minister.

About 3,000 people died after being given blood products containing HIV and hepatitis C in the 1970s and 1980s.

And Lord Clarke – Conservative Health Minister 1982-85 and Health Secretary 1988-90 – is the first senior health minister from the time to testify during the inquiry into the scandal.

But he said the emerging controversy “hardly ever came across my desk”.

Questions have been asked about what the government knew about the risks of the blood treatments and whether patients were given sufficient warning.

“When I arrived [as health minister], the idea that blood products was a very big part of the department’s activity is simply not true.”

Victims of what has been called the biggest treatment disaster in NHS history were given a clotting agent called Factor VIII which had been imported from the US, where it was made from plasma donated by prisoners and other groups at risk from blood-borne viruses.

By the mid-1980s, once HIV was better understood, the blood products were heat-treated to kill the viruses – but not before thousands of people were infected.

Among them were dozens of young haemophiliacs at a boarding school in Hampshire who died after contracting HIV.

Haemophilia impairs the body’s ability to clot blood clots and has no cure.

Lord Clarke told the inquiry: “As the tragedy with the haemophiliacs developed, I was aware it was there.

“From time to time, usually on my own instigation, I got on the edge of it.

“I did not call meetings on it.

“I was never the minister directly responsible for blood products.

“I was never asked to take a decision on blood products.

“I never intervened to take a decision on blood products.

“I did intervene or get involved in discussions a bit when I wanted to be reassured.

“When I arrived [as health minister], the idea that blood products was a very big part of the department’s activity is simply not true.”

And it was not the job of ministers to intervene or impose a personal decision on what treatments patients were given, Lord Clarke said.

As late as November 1983 the government said it was not conclusively proven that HIV could be transmitted through blood products. By then officials were already aware of deaths linked to the treatment.

Lord Clarke’s evidence marks a significant moment for survivors and their relatives, who campaigned for years to bring about the inquiry, saying the risks of the blood products were never explained and the scandal was covered up.

Earlier this year, then Health Secretary Matt Hancock became the first serving cabinet minister to give evidence, telling victims he wanted “to make sure their voices are heard” and promising the government would pay compensation if the inquiry recommended it.

Led by former High Court judge Sir Brian Langstaff, the public inquiry has been examining the circumstances of the contaminated-blood scandal since 2018.

Hundreds of people infected with HIV or hepatitis C and their family members have given evidence at sites across the UK.

Evidence hearings are due to continue next year with the final report expected to be published in 2022 or 2023.

Michael Gove on vaccine passports at events with big crowds