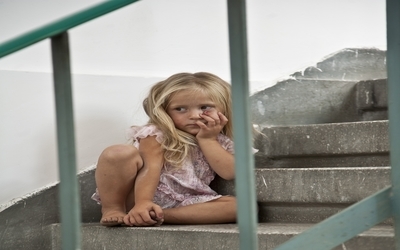 How Does Neglect During Childhood Affect Development?

It is clear to us that childhood is a very important time for the development of a child. It is during this time that so many cognitive skills begin to make a big difference in the brain and personality and emotions begin to come out in a way that will change you the child for the rest of their lives. It makes sense, then, that if a child is to suffer neglect during this critical period their brain development is likely to suffer as a result.

Increasingly, science is showing that neglect could be considered as harmful to a child’s brain development as physical abuse. This might sound like an extreme way of putting it, but a new study has shown that this may be the case. This recent study looked at mice placed in isolation early on in their lives – although it may appear on the surface that the research can’t really tell us anything new, as it’s very clear that neglect is a very bad thing for a child to suffer is highly likely to affect the way that a child develops.

However, it seems that in this study there is actual a more scientific principal in mind rather than one of common sense. During the research, the team found that there were striking abnormalities in the tissues that make it possible for electrical signals to be sent to the brain. This suggests that neglect isn’t just bad on the level that a lack of social interaction altering skills and stunting cognitive development, but from a scientific perspective it actually alters the physical nature of the brain. This could mean that the child can never hope to develop beyond a certain level in some mental faculties due to the neglect.

“This is very strong evidence that changes in myelin cause some of the behavioural problems caused by isolation,” said one of the co-authors of the study, Gabriel Corfas, a neurologist at Harvard Medical School. The team placed mice that were 21 days old in isolation for two weeks, and then returned them to their colonies. When the mice that had been placed in isolation reached adolescence, the researchers compared their brains and their behaviour to other mice that hadn’t been isolated – in this case the isolation was to mimic the conditions suffered by a neglected child.

The mice that were placed in isolation were noted to be far more antisocial than other mice, with apparent deficits in memory. On further inspection it was noticed that their myelin, a cell layer that forms around neuronal networks, was unusually and unexpectedly thin, especially in the prefrontal cortex, which is a region of the brain that is thought to be critical to cognition and personality. It would seem that the isolation that the mice were placed in, actually made a big difference to their lives, not just in terms that it made them antisocial, but it also contributed towards damaging physical effects as well.

It has been shown many times that children who grow up in orphanages have similar behavioural and social problems, due to the isolated nature of their lives and inability to connect with a loving parent.

“This is incredibly important data, because it gives us the neural mechanisms associated with the deleterious changes in the brain that arise from neglect,” said Nathan Fox, who is a cognitive neuro-scientist at the University of Maryland.

It is therefore clear that we need to treat the neglect of children very seriously, as it has now we shown to have truly damaging effects on their wellbeing and ability to develop normally.

Here’s why you should be taking vitamin E