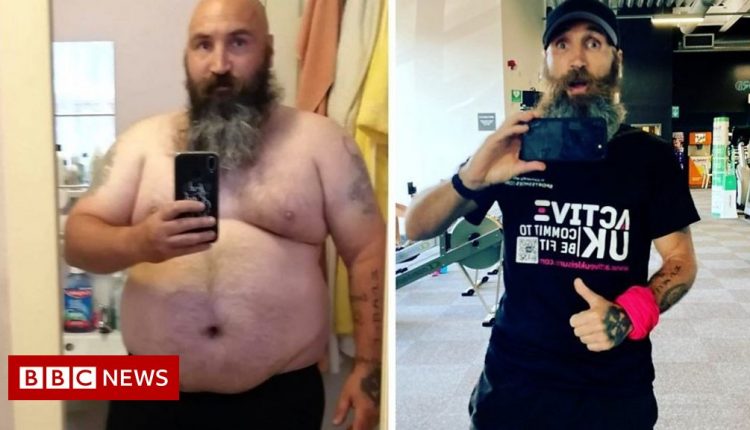 An ex-soldier who suffers from PTSD achieved a dramatic weight loss transformation after experiencing a mental health crisis during lockdown.

Richard Wilcox, from Cannock in Staffordshire, left the army in 2001 and has struggled with weight gain and his mental health – but it was during the UK’s first lockdown where he reached his crisis point.

Lockdown meant crucial mental health services were on pause and Richard says he was using food to cope with his feelings. At his heaviest he weighed 18 stone (114kg).

After watching videos of ultra running online, Richard was inspired to take up the sport and began to transform his life for the better.

He signed up for a 100-mile race and spent the year training for the event and lost eight stone (50kg) as a result.

In a happier and healthier place, Richard wants to inspire others and is now taking on a 30 marathons in 30 days challenge to raise money for the mental health charity Combat Stress.