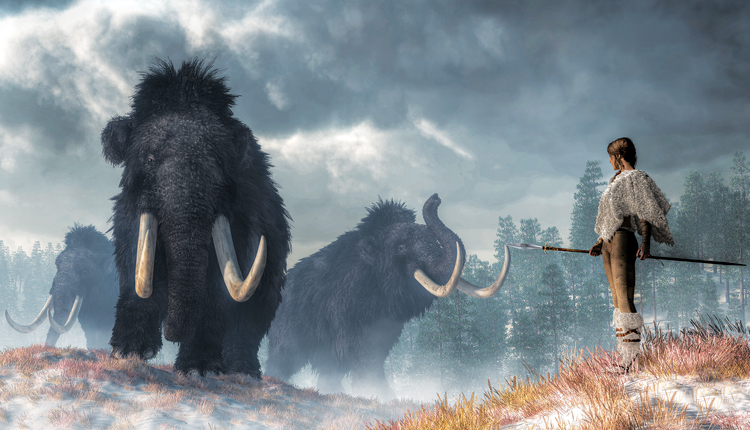 Why Did The Woolly Mammoth Disappear?

During the last ice age – some 100,000 to 15,000 years ago – woolly mammoths were widespread in the northern hemisphere from Spain to Alaska. Due to the global warming that began 15,000 years ago, their habitat in Northern Siberia and Alaska shrank. On Wrangel Island, some mammoths were cut off from the mainland by rising sea levels; that population survived another 7000 years. The last mammoths died out 4,000 years ago. Isolated habitat and extreme weather events, and even the spread of prehistoric man may have sealed the ancient giants’ fate. A study, published in the ‘Quaternary Science Reviews’ shows how isolated small populations of large mammals are particularly at risk of extinction due to extreme environmental influences and human behaviour. An important takeaway from this is that we can help preserve species by protecting the populations that are not isolated from one another.