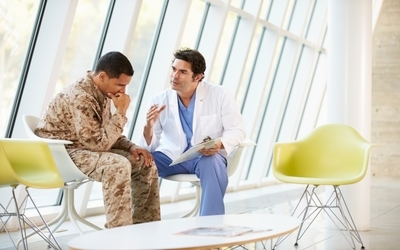 The mental wellbeing of soldiers is often a cause for concern, and it’s not hard to see why; between PTSD and substance abuse, many soldiers face serious wellness risks both during their time in the army, and in the years that follow. Alcohol and drug abuse are frequently linked to record suicides plaguing the military. This is why a blue ribbon committee has released a report urging the Pentagon to acknowledge a “public health crisis” in the growing abuse of alcohol and prescription drugs by US troops. The Institute of Medicine panel have also called for stronger leadership in dealing with the crisis.

One of the key aspects of the report is that it highlights how behind the times the Pentagon is in dealing with the mental health problems of troops. Some of the treatment programmes offered to soldiers haven’t evolved since the Vietnam War, and the report calls for these to be brought into the 21st century. ‘Rather than continuing to use a 20th-century workforce to treat [substance abuse disorders],’ the report says. ‘[The Pentagon] is challenged to structure and staff treatment services for alcohol and drug use disorders for the 21st century.’ The panel has also encouraged the Pentagon to consider better policing of underage drinking and reducing access to alcohol on bases.

This follows Defence Secretary Leon Panetta’s recent interview with USA Today, in which he said that stronger leadership is required to reduce abuse-related suicides in the military. The panel allows that some military programmes have worked well in encouraging soldiers to seek help, such as an Army experiment in which soldiers were given access to confidential counselling. However, as this programme is only available at 10% of Army installations (six out of 60), the committee has urged that it be expanded to all bases and adopted by the Navy, Air Force and Marines.

However, even without the report’s or Panetta’s recommendations, the statistics speak for themselves: new Pentagon figures show that, since the Afghanistan War began in 2001, the rate of prescription medications handed out by military caregivers has skyrocketed. While 2001 saw fewer than a million prescriptions for pain medication, tranquilizers, muscle relaxants, stimulants and barbiturates being handed out to troops, Pentagon data shows this number soared to nearly five million last year.

The report also contains some shocking statistics. According to the panel, from 2005 to 2008 (which is the latest data available) opiate pain medication abuse increased in the military from 2% to 11%. As the Army has borne the brunt of the fighting in Iraq and Afghanistan, the problem in this branch of the military is much worse. In 2008, one in four soldiers admitted to abusing prescription drugs during a one-year period. Alcohol abuse is likewise a problem, with binge drinking (defined as the consumption of five drinks or more in one setting) was found to be 50% higher among service members aged 18-35 than among civilians. Nearly 60% of Marines engage in binge drinking.

The question remains, however, is the military ready to make the changes? Dennis McCarty, a public-health expert on the panel, asserted, ‘I think they’re ready to acknowledge that they can do better.’ Commenting on the report, Pentagon spokeswoman Cynthia Smith said military health officials ‘are in the process of analyzing [the committee’s] findings and recommendations. But most importantly, we want to do the right thing by the service member. If there are areas in need of improvement, then we will work to improve those areas. The health and wellbeing of our service members is paramount.’

How to Have Beautiful Eyes without Damaging Them

Sea, Sand and the Best Circuit Workout You’ve Ever Had