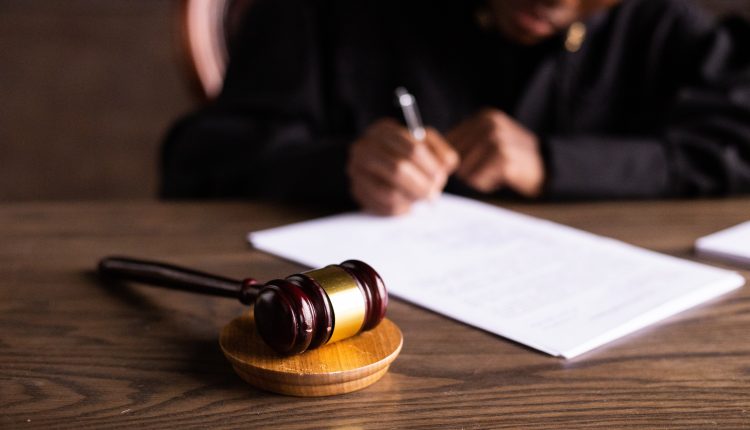 SAN FRANCISCO — Students at the University of California at Berkeley said they hoped the first state law requiring students to signal their assent before sex would set a nationwide example for college relationships.

“It’s really important that mutuality is discussed and it’s not something that is assumed,” Allyn Benintendi, 18, a Berkeley freshman from Millbrae, said Monday in an interview at the school, which already has been operating under a similar policy. “It’s very California to do it first, but it’s very important that other states start adopting the same model.”

Governor Jerry Brown, a 76-year-old Democrat, announced on Sept. 28 he signed legislation directing colleges that receive state financial-aid money to make students responsible for getting affirmative consent — either verbal or through some physical signal. Berkeley is among 79 schools under U.S. investigation for their sexual-assault policies as of Sept. 24, the U.S. Education Department said. The probe began after students complained that schools downplayed or covered up assaults.

At Florida State University in Tallahassee, officials are investigating the handling of allegations that football player Jameis Winston sexually assaulted a woman, an allegation he denies. At Columbia University in New York, an undergraduate has made an art project of carrying her mattress until the man she says raped her is expelled.

About one in five women will be raped during her life, and the highest risk comes before age 25, according to the U.S. Centers for Disease Control and Prevention. President Barack Obama convened a task force in January that recommended that universities conduct anonymous surveys to uncover the frequency of assaults.

“This legislation will change the equation so that the system is not stacked against survivors,” said state Sen. Kevin de León, D, the bill’s sponsor. “These women are our friends, they are our daughters, they are our nieces.”

The California law “is a step in the right direction,” said Jasmine McGee, a Berkeley junior from Fairfield, and a sexual-health educator intern at the school. “But it’s not doing anything to deal with the sexual-assault cases that we have on campus.”

Berkeley is cooperating with the Education Department’s investigation, Janet Gilmore, a spokeswoman, said in an e-mail. The University of California system adopted an affirmative consent policy for all campuses this year, she said.

Dozens of colleges and universities are revising and rewriting policies on sexual assault. Dartmouth College in Hanover, New Hampshire, Princeton University in New Jersey, and Columbia University have all proposed or issued new rules this year.

Undergraduates at Harvard University in Cambridge, Massachusetts, filed a complaint in April that alleged shortcomings in the school’s sexual assault policies. Harvard Law School has been under Education Department investigation for about four years, and the agency opened a separate investigation of Harvard College.

Harvard issued a revamped sexual-assault policy in July, centralizing oversight of its operations and changing its procedures for investigating sexual assaults.

Before the California law was passed, colleges could suspend or recommend expelling students for sexual assault or an attempt only as defined by the penal code. Under that law, victims must prove beyond a reasonable doubt that there was penetration and no consent, said Dante Pride, a defense attorney in San Diego.

While the law will raise awareness, some disputes resist adjudication, said Rachel Van Cleave, dean at Golden Gate University School of Law in San Francisco. Allegations, she said, may still come down to “he said-she said.”

“It always will come down to that,” she said.

Yet the law provides important protections for victims, such as the ability to have attackers removed from school, something that the criminal justice system doesn’t do, said Michele Landis Dauber, a professor at Stanford Law School in Stanford, California.

“Even in the best of circumstances, if charges are brought, the case isn’t coming to trial until everyone has graduated,” said Dauber. “Does the student who is a victim have to go to school every day with her attacker? The U.S. government and now the state of California have said no.”

The law “could be transformative,” she said.

“If someone says no or they are incapacitated, common sense tells you that you should make sure that they are OK,” he said. “Not that can you get away with something.”

_ With assistance from Karen Gullo in federal court in San Francisco, James Nash in Los Angeles and Michael Weiss in Princeton.