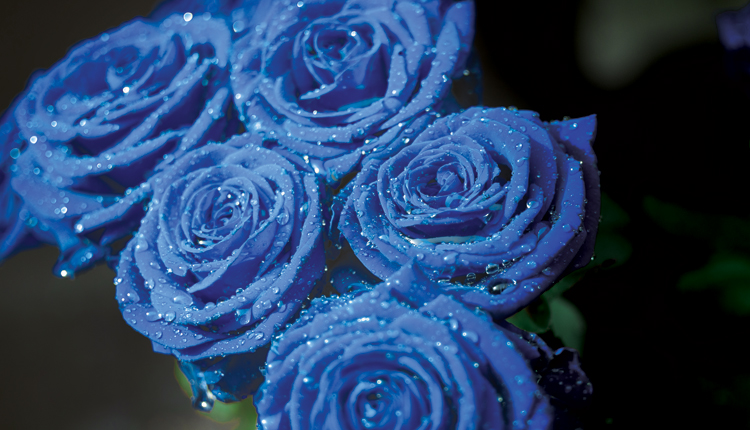 Is The Search For Blue Roses Over?

Although blue roses don’t exist in nature, florists can produce blue-hued flowers by placing cut roses in dye. Also, in a painstaking 20-year effort, biotechnologists had made a blue rose through a combination of genetic engineering and selective breeding. But the rose turned out to be more mauve-coloured than blue.

Roses don’t naturally occur in blue because they lack the pigment which is the cause of blue colours in flowers. Now, thanks to modern biotechnology, the elusive blue rose may finally be attainable. Researchers have found a way to express pigment-producing enzymes from bacteria in the petals of a white rose, tinting the flowers blue. Says the study published by the American Chemical Society, researchers chose two bacterial enzymes that together can convert L-glutamine, a common constituent of rose petals, into the blue pigment indigoidine. The team engineered a strain of Agrobacterium tumefaciens, a bacterium which is often used in plant biotechnology because it readily inserts foreign DNA into plant genomes. When they injected the engineered bacteria into a white rose petal, the bacteria transferred the pigment-producing genes to the rose genome, and a blue colour spread from the injection site. Although the colour is short-lived and a bit spotty, the researchers are proud of the fact that the rose produced in this study is the world’s first engineered blue rose. They say that the next step is to engineer roses without the need for injections.

‘We knew something was wrong when mum shrank overnight’

Vitamin G: Wellness In Your Garden

Tips To Improve Your Garden Soil

How Safe Is Your Garden?

Ways To Care For Indoor Palms

Vitamin G: Wellness In Your Garden

Tips To Improve Your Garden Soil

How Safe Is Your Garden?