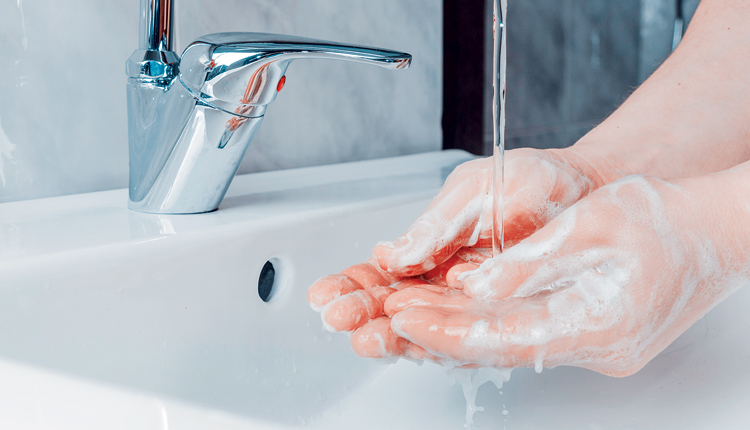 A new study from the Massachusetts Institute of Technology (MIT) estimates that improving the rates of handwashing by travellers passing through just 10 of the world’s leading airports could significantly reduce the spread of many infectious diseases. The greater the improvement in people’s handwashing habits, the more dramatic the effect on slowing the disease. Research shows that only about 20% of people in airports have clean hands — meaning that they have been washed with soap and water, for at least 15 seconds, within the last hour or so. The other 80% are potentially contaminating everything they touch with whatever germs they may be carrying. The study suggests that one important step that could be taken to improve handwashing rates and overall hygiene at airports would be to have handwashing sinks available at many more locations, especially outside of the restrooms where surfaces tend to be highly contaminated. In addition, more frequent cleaning of surfaces that are contacted by many people could be helpful.

How Chinese Millets Went To Europe