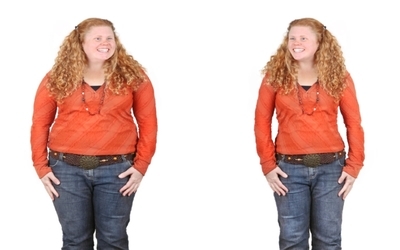 HCG Diets: What Makes Them So Controversial?

Extreme, fad diets come into the mainstream every day, so much so that we’re very rarely phased by them. But sometimes diets come into our line of view and really make us take notice. The HCG Diet is one such calorie-restrictive scheme, but this time it involves needles as well. For many people, the stress of daily life and all that that encompasses can become a little much. Our health invariably drops to the bottom of the priority pile and we find ourselves feeling the brunt of many years of neglect. Desperate times call for desperate measures, and for some this means relying on the HCG Diet. The diet itself consists of eating no more than 500 calories a day, then giving yourself shots of human chorionic gonadotropin hormone once a day. The results, supposedly, speak for themselves – curves in all the right places, no extra fat and a glowing complexion. According to studies, HCG levels are at their highest in pregnant women and seem to be extracted through urine or created synthetically. The main focus of the diet is that the hormone forces the body to mobilise fat and use it for energy, much as it does during pregnancy when it nourishes the foetus. And when this is combined with a calorie restrictive diet, it also ‘resets’ your metabolism.

There’s been much discussed surrounding this diet by dieticians, as there is with any new craze. The claims are that eating so few calories would kick-start the weight loss regardless of the hormones, Furthermore, some men experienced side effects such as altered testosterone levels. For those undertaking the diet, the maximum number of days is 45 – after this, the body becomes immune to HCG. This is a solo endeavour, which frightens a lot of people. The concept of injecting yourself in the thigh on a daily basis may seem scary, and it will hurt, but it’s not an unbearable pain. In addition to this, you also inject yourself in the waist with vitamin B12 three times a week to up your energy levels. Once you’ve reviewed the diet plan with your consultant, you’re entirely on your own. But this isn’t always a bad thing. It means that you can be responsible for what you eat and there’s a level of flexibility within that, though not a massive amount.

The diet is strict, involving no carbs, dairy, alcohol or sugar. In small portions, you’re entitled to organic meats, fish and vegetables. In the early stages, it’s natural that you’ll crave the sugar for an instant energy boost and you’ll feel drained. But then you’ll start to see the effects – you’ll have more energy, your skin will glow and the whites of your eyes will be brighter. Once a week, you’ll return to the clinic where you’ll be weighed and assessed, with your HCG supply refreshed as well. There are things to remember, as with any diet, and risks to take into account. For example, as you begin to lose the weight, the injections will begin to hurt more as there will be less fat cushioning the needle. Some reports show women losing up to 25 pounds in 45 days, an impressive statistic. However, such a risky diet does require medical supervision and advice beforehand. It’s advised that anyone with health issues or concerns about the possible side effects should consult their GP before taking part in the HCG diet. If you’re sensible about dieting and don’t do this for longer than the 45 day advised, this could be an effective form of weight loss.

Sparkly Whites Done Right: How to Brush and Floss Your Teeth

Obesity Overhaul: How to Get Back to a Healthy Weight

What are the Healthy Choices in Asian Cuisine?

How to Get Clean & Lean in Time for Christmas

Est. 1990: Why the Mediterranean Diet is Still the Best

Obesity Overhaul: How to Get Back to a Healthy Weight

What are the Healthy Choices in Asian Cuisine?

How to Get Clean & Lean in Time for Christmas