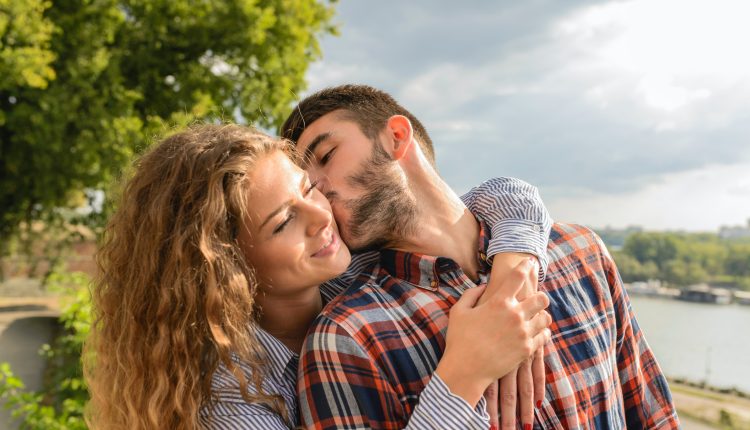 The Sexy Six: How Does Sex Benefit Your Overall Health?

You don’t need a sexual health expert to tell you that sex feels good and puts you in an amazing mood, but did you know that sex also benefits your wellness in a number of not-so-obvious ways? Scientists have found that, during lovemaking, your body products a cascade of hormones and other biological changes that can lower your risk of cancer, boost your immunity, ease your pain and even offset the symptoms of menopause – taking care of your wellbeing has never been so much fun!

1. Lowers chronic pain: While having a headache is a go-to excuse for not getting down in the bedroom department, having sex may make that headache disappear. When your clitoris and vaginal walls are stimulated, your body triggers the release of natural painkillers like endorphins and corticosteroids. According to Barry Komisaruk, PhD, a Rutgers University psychology professor and co-author of The Science of Orgasm, this relieves headache pain and muscle soreness from before orgasm to up to two days later. In fact, he reports that self-stimulation through the front wall of your vagina increases your pain tolerance and pain detection thresholds by up to 50%.

3. Exercises your heart: For a mild-to-moderate cardio workout you’ll actually enjoy, get busy between the sheets! The more vigorous you are, the more you benefit your heart. However, the cardio health benefits also somewhat depend on the positions you try. As being on top requires more effort, it’s more cardiac-friendly. Plus, at the peak moment of orgasm, your heart rate may hit 110 beats per minute, which is comparable to what walking quickly or jogging might achieve.

4. Protects your partner’s prostate: Scientists surmise that the reason why Catholic priests have an elevated chance of dying of prostate cancer is that they aren’t getting any. A 2003 study, this time undertaken on middle-aged Australian men, found that having at least four ejaculations a week gives your partner a one-third lower chance of developing prostate cancer than those who have fewer. Irwin Goldstein, MD, head of sexual medicine at Alvarado Hospital, explains, ‘”When you drain the pipes, as it were, you have less clogging.’

5. Reduces stress: In 2005, researchers showed that men and women who had sex in the two weeks before a stressful day had an easier time while doing public speaking and some verbal arithmetic. Having sex beforehand prevented their systolic blood pressure (the first number in a blood-pressure reading) from increasing as much as those who had no sexual relations or had other forms of sex, including non-coital interactions or masturbation. Having sex also caused the participants’ blood pressure to drop back to its normal level at a faster rate. The researchers put forth the theory that having sex requires more complex brain activity, or it stimulates a number of important nerves not triggered during other kinds of sexual activity.

6. Amps up your immune system: According to research from Wilkes University, college students who engaged in sex once or twice a week had 30% higher levels of infection-fighting antibodies than did their abstinent classmates. This is not the only study that shows sex bolsters your immune system; in 2004, German scientists produced similar results.

4 Foods to help skinny ones put on muscle mass

Panic Disorders: Could You Be Suffering?