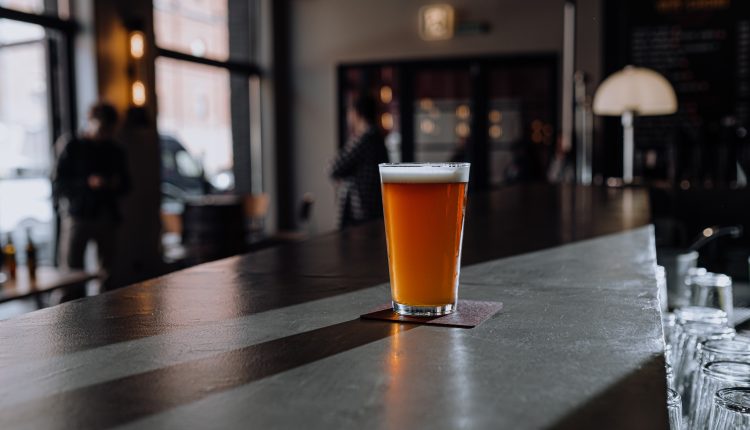 Enjoying a glass of wine, a beer or a cocktail is a common practice in today’s society. However, some people who are susceptible to binge drinking and alcoholism are unable to stop at just one or two drinks. They continue drinking until they have reached a dangerous level of drunkenness. This type of drinking behavior affects the well being of both the alcoholic and society. Here are four of the most dangerous side effects of consistent heavy drinking.

The obesity epidemic is often thought of as a food problem. However, it is also an alcohol problem. Heavy drinkers, who consistently drink more than four alcoholic beverages a day, are 46% more likely to obese than non-drinkers. When inebriated, individuals are unable to control impulses, such as the urge to overeat. Also, they often feel hungrier because alcohol hinders the ability to process the signals that tell the brain know the body is full.

Alcoholics are three times more likely to abuse their spouses and domestic partners. This means seventy-five percent of reported cases of spouse or domestic partner abuse involve alcohol. Also, children whose parents abuse alcohol are three times more likely to suffer abuse than children from families without an alcoholic. Since many cases of domestic assault go unreported, these numbers cannot accurately reflect the abuse suffered at the hands of alcoholics, though they do provide a close approximation. Alcoholics with violent tendencies should strongly consider professional rehabilitation. Rehab centers like Ascend Recovery and a multitude of others can help reshape the behaviors of those afflicted with alcoholism and correspondingly reduce violent episodes.

One-fourth of all violent crimes, in the U.S., are committed by individuals who were abusing alcohol prior to the crime. Since overconsumption of alcohol often leads to aggressive behavior, this statistic isn’t surprising. What is surprising, however, is how much higher the chances of an alcoholic committing a violent crime is than non-alcoholics. There were roughly 1.2 million violent crimes committed in the U.S last year, and approximately 17.6 million adults out of a population of 313 million individuals suffer from alcoholic tendencies. This means, alcoholics have a 5.5 times greater chance of committing a violent crime.

While it’s common knowledge alcoholism can lead to heart and liver diseases, it’s less commonly known that alcohol abuse can lead to diabetes and other diseases, as well. Alcohol abuse causes type 2 diabetes, first, because it interferes with the body’s glucose levels and the hormones that control blood glucose levels. Second, drinking heavily causes pancreatitis, and type 2 diabetes is a side effect of pancreatitis. Next, heavy consumption of alcohol suppresses the immune system, making it easier for over-drinkers to contract infectious diseases such as tuberculosis, HIV, and pneumonia. Alcoholism isn’t just responsible for physical ailment, but also causes several mental health issues. It is known for damaging memory, causing anxiety and depression, and it is suspected in certain cases of psychosis.

Light to moderate drinking, or one to two alcoholic beverages a night, is quite healthy and unlikely to lead to any long-tem social or physical problems. However, unchecked alcoholism and constant overconsumption of alcoholic beverages lead to many issues, damaging both the individual and society. These include a higher chance of being a violent crime offender, assaulting family members and loved ones, contracting serious diseases and developing obesity.

Life as a Business Owner: How to Balance for Success

Wedding Weight Challenge: Could You Fit in Your Dress Again?

Prev Next
No Comments