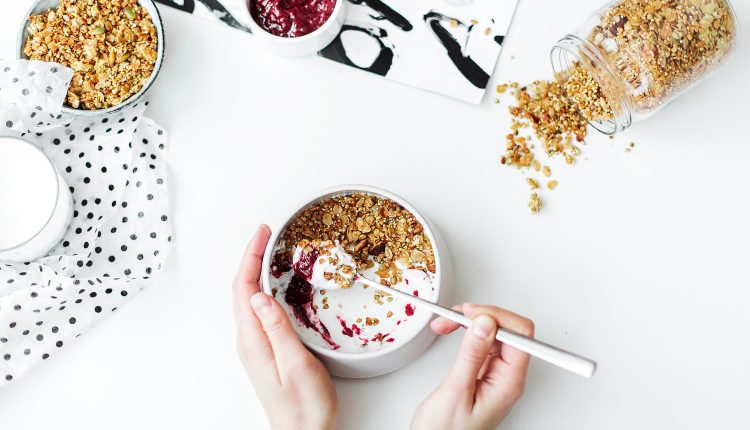 Yoghurt is a healthy part of any diet, but a new study has found it may be more important to your wellbeing than you think. Researchers at the University of Cambridge have found that eating large amounts of low-fat yoghurt might lower your risk of developing type 2 diabetes. The research, which was part of a larger study funded by the Medical Research Council and Cancer Research UK, found that the risk of the disease was reduced by 28% in people who reported eating large amounts of low fat yoghurt, compared to those who ate none. Similar results were found in people who ate more of all low fat fermented products such as fromage frais and cottage cheese.

The NHS commented, ‘A strength of this study is that it was based on people using food diaries to report their dairy intake around the time of eating. This is arguably better than using the traditional approach of asking people to recall their diet using a food frequency questionnaire, as this can be prone to inaccuracies.’ The research, which was published in the peer-reviewed journal Diabetologia, was a nested case cohort study in which the researchers identified one group of people whose wellness was affected by the condition, and randomly selected a second group to compare for specific exposures (in this case, dairy intake).

The larger study is looking at diet and the risk of cancer, following over 25,000 participants aged 40-79 years. The people in this smaller, present study were followed up for 11 years. The researchers selected a subcohort of 4,000 participants from the 25,000, of whom 143 had a diagnosis of diabetes. In addition, they identified 892 people who had been diagnosed with diabetes. In public health terms, the researchers say their findings suggest that the 24% lower risk of diabetes equates to 4.5 standard size portions (125g) per week of low fat fermented dairy products, largely comprising yogurt but also low fat cottage cheese and fromage frais. The researchers also worked out that if you were to substitute one portion of yoghurt for one portion of another dessert or snack (such as chocolate or cake) you could lower your risk of type 2 diabetes by 47%. This suggests that some of the association between low fat yoghurt and a lower risk of diabetes may be due to not consuming these unhealthy alternatives.

However, the NHS website warns, ‘This study has several limitations. People’s reported dairy intake was only collected once, at baseline, over a seven day period. It is quite possible that people’s diets did not stay the same during the 11 year follow-up period. People’s dietary intake was self reported, which could affect reliability. In their analysis, the researchers did not take account of dairy products included in cooking composite dishes. In addition, although the researchers tried to take account of factors (confounders) which might affect the results, it is always possible that measured and unmeasured confounders had an influence.’

The NHS concludes, ‘It is unclear at present whether low fat fermented products might help cut the risk of diabetes, although it’s an interesting theory. There are many steps you can take to help prevent this condition developing. They include regular exercise, a balanced healthy diet, stopping smoking and reducing alcohol intake. It’s important to note that many low fat products contain large amounts of sugar which can cause obesity, a risk factor for diabetes. Though the results do suggest that swapping sugary snacks and sweets for low-fat yoghurts could improve your overall health; just make sure you find a low-fat yoghurt that is also low-sugar.’

Could the New Female Viagra Boost Your Sex Life?

Could a Mediterranean Diet Help Improve Your Health?

Could a Cheese and Wine Evening Save You from Diabetes?

How to Relieve Your Cancer Fatigue with Ginseng Supplements

Could a Mediterranean Diet Help Improve Your Health?

Could a Cheese and Wine Evening Save You from Diabetes?