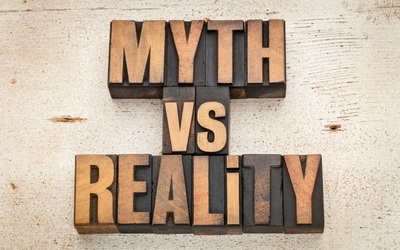 You may be trying to protect your wellbeing by reducing butter, cheese and red meat in your diet, but these things may not be as bad for your heart as wellness experts have previously suggested. This is according to Aseem Malhotra, interventional cardiology specialist registrar at Croydon University hospital, who has recently reported in the British Medical Journal that it is time to “bust the myth” of saturated fat. He also argues that the government’s obsession with lowering cholesterol in an attempt to reduce heart disease has led to an over-prescription of statins, which have more side-effects than benefits. According to Malhotra, ‘With 60 million statin prescriptions a year, it is difficult to demonstrate any additional effect of statins on reduced cardiovascular mortality over the effects of the decline in smoking and primary angioplasty.’

Malhotra further believes that the insistence that you remove saturated fat from your diet has, paradoxically, led to an increased risk of heart disease. He explains, ‘Recent prospective cohort studies have not supported significant association between saturated fat intake and cardiovascular risk. Instead, saturated fat has been found to be protective.’ However, Malhotra also says that you have wrongly embraced low-fat products, noting, ‘Last week I saw one patient in her 40s who had had a heart attack. She said she had gained about 20kg in the last six months. She had been drinking five low-fat drinks a day.’

However, neither Public Health England (PHE) nor the British Heart Foundation (BHF) have agreed with Malhotra’s argument. Peter Weissberg, medical director at the British Heart Foundation, comments, ‘Studies on the link between diet and disease frequently produce conflicting results because, unlike drug trials, it’s difficult to undertake a properly controlled, randomised study. However, people with highest cholesterol levels are at highest risk of a heart attack and it’s clear that lowering cholesterol, by whatever means, lowers risk. Cholesterol levels can be influenced by many factors including diet, exercise and drugs, in particular statins. There is clear evidence that patients who have had a heart attack, or who are at high risk of having one, can benefit from taking a statin. But this needs to be combined with other essential measures, such as eating a balanced diet, not smoking and taking regular exercise.’

Alison Tedstone, director of diet and obesity at PHE, notes, ‘PHE recommends that no more than 11% of person’s average energy intake should come from saturated fats, as there is evidence to show increased levels of saturated fats can raise blood cholesterol levels, in turn raising the risk of cardiovascular disease. The government’s advice is based on a wealth of evidence. The BMJ article is based on opinion rather than a complete review of the research. Evidence specifically linking sugar to cardiovascular disease is limited; however, on average the population needs to reduce its sugar intake. Eating more calories than we need, irrespective of whether they come from sugar or fat, over time leads to weight gain. Being overweight or obese increases the risk of heart disease, stroke, and type 2 diabetes.’

However, Malhotra did gain support from experts like Robert Lustig, paediatric endocrinologist at the University of San Francisco and author of Fat Chance: The Bitter Truth about Sugar, who asserts, ‘Food should confer wellness, not illness. Real food does just that, including saturated fat. But when saturated fat got mixed up with the high sugar added to processed food in the second half of the 20th century, it got a bad name. Which is worse, saturated fat or added sugar? The American Heart Association has weighed in – the sugar many times over. Plus added sugar causes all of the diseases associated with metabolic syndrome. Instead of lowering serum cholesterol with statins, which is dubious at best, how about serving up some real food?’

What Foods Have the Best Anti-Inflammatory Properties?

The Essential Vitamins and Where to Find Them in Food

Wellness in a Year: Try Our List of 52 Superfoods

What Foods Have the Best Anti-Inflammatory Properties?

The Essential Vitamins and Where to Find Them in Food

Wellness in a Year: Try Our List of 52 Superfoods