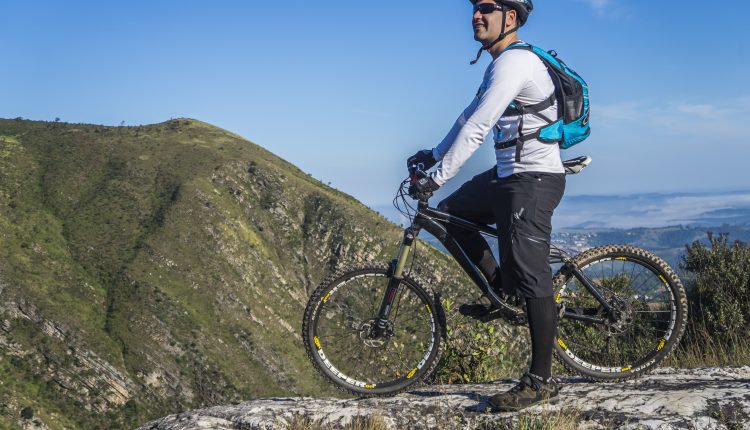 Biking as Exercise: 5 Things You Need To Know

When people want to take up a new form of exercising, they may be encouraged to consider bicycling. Bicycling offers people the benefit of working out their bodies while also letting them enjoy the outdoors while they exercise. However, people who are new to bicycling, as well as bicyclists who have grown lax in their safety habits, may be encouraged to consider several important guidelines before going out on a ride. Taking these reminders into consideration can help bicyclists get plenty of exercise and stay safe while out on a ride.

People who love bicycling may be reluctant to wear a helmet. They believe that a helmet will obstruct their view and make it difficult for them to enjoy this activity. However, a helmet can protect bicyclists from serious brain and head injuries if they should happen to fall off their bikes. Thousands of people each year are hurt and suffer debilitating injuries by falling off their bikes while riding. People who want to exercise safely and enjoy bicycling without the fear of getting hurt are encouraged to wear helmets while riding.

Bicycling requires a lot of physical energy and exertion. When a person fails to stay hydrated properly before and during a ride, that person puts himself or herself at risk of dehydration, developing leg cramps, and even passing out while exercising. Many bicyclists keep water bottles with them while they are riding.

Some bicyclists forget their skin safety while out biking. Wearing sunscreen can help protect bicyclists from developing burns, sunspots, and even cancerous growths on their skin. People are reminded to put plenty of sunscreen on their faces, arms, and legs before going out for a ride.

Stay Visible to Motorists at All Times

Bicycling is an around-the-clock activity that knows no time bounds. According to one Atlanta bicycle accident lawyer, ”most states, including Georgia, gen eral traffic laws governing motor vehicles also apply to the operation of bikes.”  People enjoy biking all times of the day, including late at night when visibility is lower for drivers. Bicyclists can stay safe by wearing light colored clothing that preferably has reflective accessories attached to them. Shirts that have reflective strips on it or shorts that feature neon striping can help motorists see bicyclists and let bicyclists exercise without the fear of being hit, injured, or even killed by motorists who could not see them.

Bicyclists who want to protect their personal well-being are reminded to stay out of areas where crime rates are known to be higher. Biking in safe and familiar areas can help people get the exercise they need without the fear of being mugged or knocked over and beaten up for their bicycles. In fact, many thieves like to steal bikes because bicycles can be sold quickly for large amounts of money. People who want to avoid encountering these crimes are encouraged to bike in safe, well-lit, and familiar neighborhoods.

Biking can be a great way to get some much-needed exercise. Before they set out on a ride, bicyclists are reminded to take these tips into mind for their safety and enjoyment.

An Atlanta native, writer Melanie Fleury loves to take her children on many of the bike paths around the city. Stokes & Kopitsky P.A, an Atlanta bicycle accident lawyer, wants bikers to know that the law requires a 3-foot buffer between motor vehicles and bicyclists. Georgia law protects those that are,”are injured as a result of another motorist’s negligence.” Bicycling is a great exercise that can be great fun when safety rules are followed.

Road Fatigue: How To Avoid Being Sleepy at the Wheel

7 Ways to Manage Money Better During the Holiday Season

How to Push Your Workout Intensity up to Another Level

Which Foods Can Help Your Body to Beat Inflammation

What Are the Best Ways to Soothe Aching Muscles?

Could Cutting Out Alcohol Help You to Lose Weight?

How to Push Your Workout Intensity up to Another Level

Which Foods Can Help Your Body to Beat Inflammation

What Are the Best Ways to Soothe Aching Muscles?