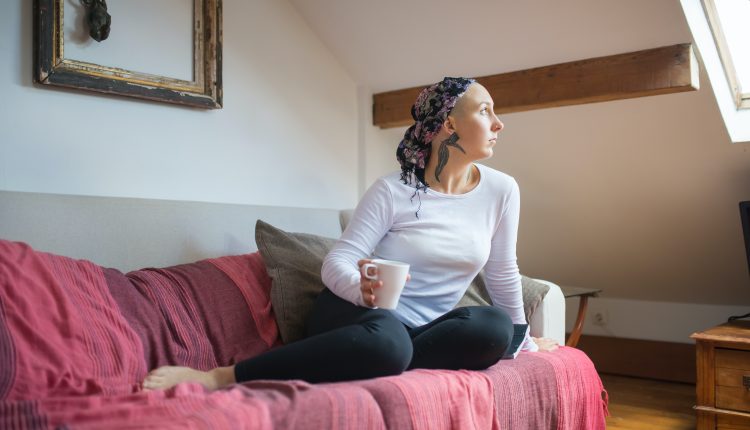 Cancer: What Effects Does It Have On Your Sex Life?

Cancer patients are the first people to admit that uncertainty of side effects, both during and after treatment, is one of the most difficult things to cope with. Medical teams specify the timing of hair loss, the ways to cope with nausea and the foods which may appeal to you once your taste buds become altered. But one of the things very rarely discussed is the effect of cancer on one’s sex life, despite it being something that affects a number of people. Whether it’s a direct result of the illness itself, or a side effect of the treatment, sexual dysfunction is something which affects a large proportion of people with cancer.

Sexual function and the distress related to it are included in a number of studies looking at the quality of life in female cancer survivors currently being carried out. However, the problem lies in that the topic is usually left out of conversations between patients and medical professionals when talking about cancer care and the preparations.  While it may seem obvious that women who suffer from gynecological cancers may experience problems during sex afterwards, the prevalence of these disorders is surprising. As many as 70 per cent of women with breast cancer still face some form of dysfunction as long as two years after their diagnosis. In men, it’s more likely that doctors will counsel them on sexual matters than they will with women. Research suggests that time and worry about stress are common barriers when discussing sex with women facing cancer.

Research also shows that 25 per cent of men who survived cancer as children also suffer from testosterone deficiency as adults, which could not only affect their sex drive but also lead to depression, high blood pressure and cardiovascular disease. Cancer diagnosis and the various treatments that brings with it greatly affect sexuality, and this is often neglected in talks about the issue, particularly in young adults. The cancers which affect the pelvic area are more likely to affect sexual dysfunction in men, such as bladder, colon, rectal and prostate cancers. Furthermore, the protocols used to treat these illnesses could also cause life-long changes and sexual side effects. For example, surgery could result in damage to the nerves which control the blood flow; chemotherapy and hormone therapy could lower the levels of testosterone in the body; and radiotherapy can delay sexual dysfunction by as much to a year after treatment has taken place. Typical problems in this area include erectile dysfunction, decreased sex drive, dry orgasms, pain during sex and a smaller penis.  In women, the problems are similar – pain during sex, vaginal dryness and a loss of sexual desire are all commonly associated with female cancer patients.

People tend not to discuss these issues with their GP so it goes untreated, but these are important side effects that really need to be discussed with a medical professional. The best way to ensure these conditions are treated is to keep an open mind and to get your partner on board when looking at ways to rekindle your sex life, such as trying new positions and ensuring that you don’t lose physical contact with each other, even through kissing and caressing one another. Keep the channels of communication open so that you can discuss issues as they arise. Furthermore, if there is something you’re worried about, talk about it with your doctor as well as your partner – there may be a treatment available to you that can help resolve the problem.

Can Air Purifiers Make A Difference To Your Health?

Focus Turns On How to Age Healthfully